New York and Graz, May 9, 2018: Media Development Investment Fund (MDIF) and Styria Media International strongly condemn the shooting of Vijesti journalist Olivera Lakic and urge the authorities to do everything possible to ensure that this crime does not go unpunished.

Ms. Lakic was wounded outside her apartment in Podgorica, in an attack by an armed man who approached her and shot her in the leg, and then ran from the crime scene with two other suspects.

“This attack is a serious threat to Montenegro’s independent media. It is a message that things can get deadly next time, and the international community and local authorities need to take the warning seriously,” said MDIF’s CEO Harlan Mandel, continuing: “Less than a month ago, in our statement of April 13, we warned the local authorities and international community that President Djukanovic’s highly inflammatory language in the run-up to April’s election risked legitimizing physical attacks on journalists. This has been a pattern in Montenegro following similar statements by Mr. Djukanovic, and no one can claim surprise.” 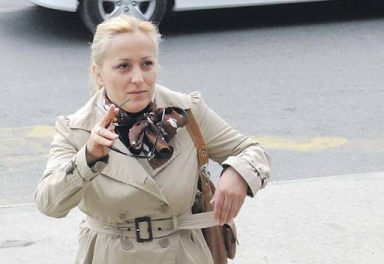 Ms. Lakic is a renowned investigative journalist who has reported extensively about criminal groups in Montenegro, and this is not the first attack she has faced.  She was severely beaten six years ago; while a perpetrator spent a few months in jail, those behind the attack remain unknown.

Vijesti and its staff have suffered more than 25 physical attacks, a bombing, numerous verbal attacks and repeated financial harassment, and the perpetrators have enjoyed almost blanket impunity, with not a single person being held responsible for ordering an attack.

As long as those ordering these attacks enjoy impunity, as long as Montenegro’s leadership continues fomenting violence against journalists without any consequence, this record of violence will not end.

We recognize and applaud the courage and dedication of Ms. Lakic and the other Vijesti journalists who continue to shine a light on crime and corruption in Montenegro in the face of these repeated threats and attacks. And we call on the local authorities and international community to ensure that the perpetrators of this vicious crime and those who ordered it are brought to justice.

MDIF is a New York-based not-for-profit investment fund, providing debt and equity financing to independent media businesses in countries where access to free and independent information is under threat. It has invested in Daily Press for almost 20 years and in TV Vijesti since its founding. MDIF holds equity stakes in both companies.