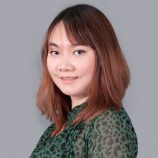 Grace has a passion for media and media development. She has worked for many years in the Myanmar media sector, including for BBC Media Action as a presenter/writer, radio producer and interpreter, as a researcher/producer for a women’s talk show at Canal Plus, as a freelance fixer and field producer for BBC2, BBC World Service, The Daily Telegraph, and Channel Four, and as an interpreter and translator. Grace has an International Hospitality Management degree from the University of Derby in the UK.