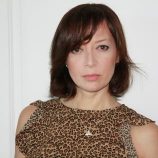 Snezana joined MDIF in 2011 and since then has been involved in structuring, negotiating, closing, exiting and enforcing MDIF's investments. She is trained as a human rights lawyer specializing in media law, media policy, and freedom of expression. Snezana began her career in Serbia and Montenegro on a team of lawyers from Zivkovic & Samardzic Law Office defending independent media pressured by the ruling government. At the same time, she coordinated the ANEM Pro-Bono Legal Aid Network for Media Defense. She later consulted for the Organization for Security and Cooperation in Europe, United Nations Volunteers, United Nations Development Programme, World Association of Newspapers and News Publishers, Freedom House, the UN Global Compact and the UN Special Rapporteur on Arbitrary Detention, among other international agencies.