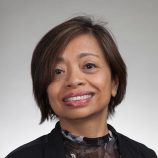 Sheila Coronel is Dean of Academic Affairs at Columbia University’s School of Journalism, Toni Stabile Professor of Professional Practice in Investigative Journalism, and Director of the Toni Stabile Center for Investigative Journalism. She began her reporting career at the Philippine Panorama, reporting on human rights and politics, before joining the staff of the Manila Times as a political reporter. In 1989, Sheila co-founded the Philippine Center for Investigative Journalism, which trains journalists in investigative skills and has provided an environment for in-depth, groundbreaking reporting on issues such as the military, poverty and corruption. Sheila has also reported on Philippine politics for The New York Times and The Guardian, and has authored more than a dozen books. She has received numerous awards, including the 2003 Magsaysay Award for Journalism, Literature and the Creative Communication Arts.