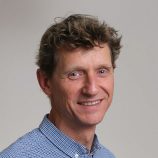 Peter has worked in media development, communications and law for more than 25 years. Prior to joining MDIF in 2005, Peter was a media consultant advising clients including the World Association of Newspapers (WAN), the Danish Foreign Ministry, UNESCO and The Irish Times. From 1996 to 1999, he was Director of the World Editors Forum, an international association of newspaper editors spanning 32 countries, and Head of Press Freedom of WAN, developing and implementing its media advocacy and development activities. Previously, he was editor of Asian Law Journal in Hong Kong and sub-editor at The South China Morning Post. He also served as Legal Advisor to WAN, advising publishers on international legal issues.

Peter has an LLB from the Faculty of Law of Manchester University and completed his post-graduate qualifications at Chester College of Law. He is based in York, UK.