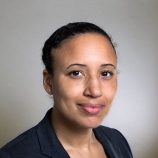 Nani Jansen Reventlow is a human rights lawyer specializing in strategic litigation and freedom of expression. Nani is founding Director of the Digital Freedom Fund, which supports partners in Europe to advance digital rights through strategic litigation. She is also an Associate Tenant at Doughty Street Chambers and an Affiliate at the Berkman Klein Center for Internet & Society at Harvard University, where she was a 2016-2017 Fellow. She has been an advisor to Harvard’s Cyberlaw Clinic since 2016 and works together with Leigh Day to bring new cases to the African regional human rights courts. Between 2011 and 2016, Nani oversaw the litigation practice of the Media Legal Defence Initiative (MLDI) globally, leading or advising on cases before the European Court of Human Rights, the Inter-American Court of Human Rights, the UN Human Rights Committee, the UN Working Group on Arbitrary Detention and several African regional forums. Nani obtained the first freedom of expression judgment from the African Court on Human and Peoples’ Rights and from the East African Court of Justice.

A Dutch-qualified attorney, Nani graduated in civil law and public international law from the University of Amsterdam and specialised in human rights at Columbia Law School and the European University Institute. She is a member of the project board of the Public Interest Litigation Project and a strategic adviser to GQUAL, campaign for gender parity in international representation. Nani is also a member of the advisory group of the Internet Policy Observatory and serves on the board of Stichting Ranking Digital Rights and the Prince Claus Fund for Culture and Development.