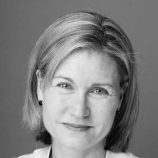 Kerstin Mogull is former Managing Director of Tate (encompassing Tate Modern, Tate Britain, Tate Liverpool and Tate St. Ives). For six years, she was responsible for running the overall business, managing more than 1,000 staff and leading a range of capital projects, including the award-winning £260m extension to Tate Modern. From 2000 to 2012, she held senior roles at the BBC across policy, strategy, digital and operations, including Chief Operating Officer of BBC Future Media & Technology. Earlier, as BBC Director of Strategy, Kerstin led the planning for iPlayer, the BBC’s ground-breaking on-demand streaming service. Earlier in her career, Kerstin worked in strategy and digital in the airline industry.

Kerstin is currently a board member of ColArt Ltd (Lindengruppen) and a Council Member of the Swedish Chamber of Commerce. She recently stepped down from the Board of Swedish media group Bonnier AB.

Kerstin holds degrees from the Stockholm School of Economics, L'Ecole des Hautes Etudes Commerciales (Paris) and Kellogg, Northwestern University (Chicago), where she was a Fulbright scholar.

Kerstin competes for Team GB in triathlon and is a European and World medalist in her age group.