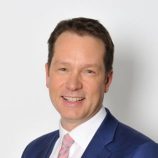 Jim Egan has more than 20 years' senior media experience. Prior to joining MDIF in 2020, he was Chief Executive Officer of BBC Global News, the BBC’s international news subsidiary which owns and operates the BBC World News television channel and its digital counterpart bbc.com. Reaching more than 120 million adults globally each week the business, which is solely commercially-funded, generates around $140m in annual revenue and has been profitable since 2014/15.

Jim's experience includes strategy, P&L responsibility, mergers and corporate integration, turnaround and business development. Before joining the BBC in 2007, Jim was Director of Strategy at Ofcom, the UK's communications and media regulator. He also served as Specialist Adviser to the UK Secretary of State for Culture, Media and Sport. Prior to these public sector appointments the first ten years of Jim's career were in the private sector, as a Strategy Consultant at PricewaterhouseCoopers and as Business Development Manager for BSkyB.

Jim holds a Master’s degree in International Relations from Johns Hopkins University (SAIS) and a BA in Philosophy, Politics and Economics from Oxford University.