To mark World Press Freedom Day, 3 May 2015, we began a series of features recognizing the role women have played in founding and developing some of the independent media businesses we work with. 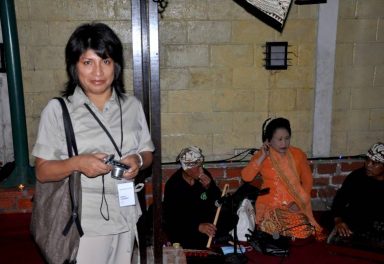 Mabel Cáceres, Editor-in Chief of El Búho in Peru, founded the magazine and online daily when the Fujimori government suspended the TV newscast she directed. Since 2000, El Búho has provided an alternative voice for the people of Peru’s second city, Arequipa, reporting on issues often ignored by national media, and investigating sensitive subjects like the environmental destruction caused by some mining operations. Read the full story here. Natasa Tesanovic co-founded ATV Banja Luka in 1996 at the end of the devastating Bosnian War. Starting as a grant-funded station broadcasting 2 hours a day to the city, she has turned ATV into the leading independent TV station in Republika Srpska. The road has been rocky but she has refused to compromise her journalistic principles. Read the full story here.