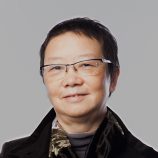 Ying Chan is a writer, educator and journalism professor. She is the founding director of The University of Hong Kong’s Journalism and Media Studies Centre, one of the leading journalism teaching and research institutions in Asia. Ying set up the first professional postgraduate journalism programme in Hong Kong and launched the territory’s first fellowships for working journalists.

Ying’s honours include a Nieman Fellowship at Harvard University, a George Polk Award for journalistic excellence and an International Press Freedom Award from the Committee to Protect Journalists. She is also a member of the World Economic Forum’s Agenda Council on Social Media.

Ying worked in the US for more than 20 years. She has taught at Columbia University’s Graduate School of Journalism and was on the board of the Asian American Journalists Association. Ying has written for numerous Hong Kong and US publications, including The Nation magazine, Village Voice, Ming Pao and The Hong Kong Economic Journal. She has reported for 60 Minutes, NBC News with Tom Brokaw and Dateline. Her 1995 prize-winning documentary, ‘Snakeheads: People Smuggling and the Modern Slave Trade’, was showcased at the Amsterdam and Tokyo film festivals and has aired widely in the United States. She has edited six books on the Chinese media.