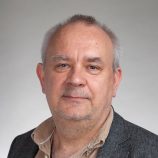 General Director and Chairman of the Board

Alexej Fulmek began his journalistic career in 1989 as an editor in the cultural section of the Slovak daily Smena. In 1991-92 he worked as a war reporter in the conflict zones of the former Soviet Union. In January 1993 he founded the daily SME together with Karol Jezik, serving first as the Deputy Editor-in-Chief and then the Chairman of the Board. A year later he became the General Manager of SME’s publishing house Petit Press, a position he has held ever since. In addition to the daily SME, Petit Press also publishes more than 30 national and regional periodicals and runs the most visited news portal in Slovakia. Alexej authored a book about the history of the daily SME, Manual for Survival.