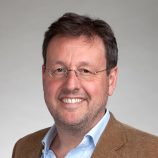 Adriaan Stoop is an attorney based in Amsterdam, the Netherlands. In addition to his work as an attorney, Adriaan worked in the field of democratisation for various international organisations, including the OSCE and the EU. He was the chair of the electoral court in Kosovo in 2001 for the first Parliamentary elections after the war, and from then on worked in several countries in Eastern-Europe and Africa. Adriaan holds several board positions; he is, amongst others, chairman of the supervisory board of NRC Media and board member of the European Press Prize.