MDIF is pleased to announce that as of January 2013, Alexej Fulmek, General Director and Chairman of the Board of Petit Press, Slovakia, joined the MDIF Board of Directors. 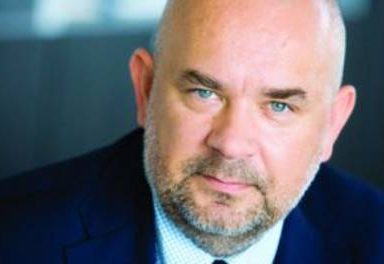 Alexej is the first to complete the voyage from MDIF client to Board member – as publisher of the daily SME, his company was our very first client.

Alexej began his journalistic career in 1989 with the Slovak daily Smena, before working as a war reporter in the conflict zones of the former Soviet Union. In 1993 he co-founded the daily SME , serving first as the Deputy Editor-in-Chief and then Chairman of the Board. A year later he became the General Manager of SME’s publishing house, Petit Press, a position he has held ever since.

In addition to the daily SME, Petit Press publishes more than 30 national and regional periodicals and runs the most visited news portal in Slovakia.

Alexej’s experiences of both being an MDIF client and running a major publishing company in Western Europe will be an important contribution to our Board.

We are also delighted to welcome Mohamed Nanabhay, a leading innovator in online news, co-founder of Signalnoi.se and former Head of Online at Al Jazeera English, to our Board of Directors. Mohamed has been working at the intersection of media, technology and entrepreneurship for many years.

In 2006, he joined Al Jazeera, where he founded the New Media division and Al Jazeera Creative Commons Repository, before becoming Head of Online at Al Jazeera English. Since 1995, he has been involved in the development of online properties and is an angel investor in early-stage internet companies.

Mohamed was named a Creative Commons Pioneer by Business Week, serves on the Board of Advisors of Qatar University’s Mass Communication Programme and is a member of the World Economic Forum’s Global Agenda Council on Informed Societies.

Mohamed’s long digital experience will help guide the development of the most effective digital support to our clients.